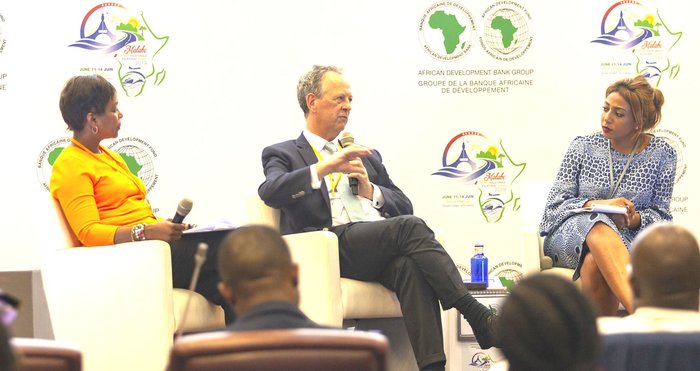 The African Development Bank and its partners on Wednesday launched the Africa Digital Financial Inclusion Facility (ADFI), designed to aid safety and expansion of digital financial transactions in Africa.

The Fund, launched at the Bank’s Annual Meetings in Malabo, Equatorial Guinea, is supported by the Bill & Melinda Gates Foundation, the Agence Française de Développement (AFD) and the Government of Luxembourg, as initial contributors.

The goal is to ensure that at least 320 million more Africans, of which nearly 60% are women, have access to digital financial services. The fund will deploy $100 million in grants and $300 million in the form of debt from the Bank’s ordinary capital resources by 2030, to scale up electronic financial services for low-income communities.

“We believe that with the right investments in innovation and smart digital growth, the obstacles to achieving financial inclusion and greater economic opportunity for all will be overcome,” African Development Bank President Akinwunmi Adesina said.

The interventions will be aligned to four pillars; infrastructure, including digital and interoperable payment systems; digital products and innovation; policy and regulatory reform and harmonisation; and capacity building. It will help to close the transaction gender gap between men and women.

Africa saw double-digit growth in mobile phone ownership in the first half of this decade, triggering a surge in innovative digital tools and services across the continent. Yet, the benefits are not shared equally. It is estimated that only 43% of adults across Africa have a banking account.

“Financial inclusion, achieved through digital financial service models, is simultaneously a powerful anti-poverty strategy and a catalyst of sustainable economic development for national and regional economies,” said Michael Wiegand, Director of the Financial Services for the Poor Program at the Bill & Melinda Gates Foundation.

ADFI’s opening project, which serves as a pilot for the facility, is a $11.3 million grant from the Bill & Melinda Gates Foundation to the Bank and the Central Bank of West African States. The grant will create an interoperable digital payment system that will allow consumers to send and receive money between mobile wallets, and from these wallets to other digital and bank accounts.

“With ADFI, we are convinced that our joint efforts can contribute efficiently to bring down the barriers that still undermine the full potential of digital finance in Africa. It will enhance the delivery of quality and responsible digital financial services to the underserved, a cornerstone to inclusive and sustainable financial systems. AFD welcomes the specific attention that will be given to women’s digital financial inclusion in the evaluation of the projects to be supported,” said Sébastien Minot, AFD’s Deputy Head for Africa.

“Luxembourg believes that poverty reduction and social cohesion go hand-in-hand with economic empowerment and financial inclusion. ADFI provides an excellent platform for Luxembourg to combine its focus on economic inclusion with its Fintech orientation for the benefit of Africa’s poor,” said Georges Heine, Alternate Governor for the African Development Bank from the Luxembourg Ministry of Finance.

A three-member panel including Bank Vice President Pierre Guislain, Private Sector, Infrastructure and Industrialization, discussed modalities, expected challenges and policy requirements that must be in place to enable the fund achieve its goals.

Other members were Vanessa Moungar, Bank Director of Gender, Women and Civil Society, and Konstantin Peric, deputy Director, Financial Services for the Poor at the Bill & Melinda Gates Foundation.